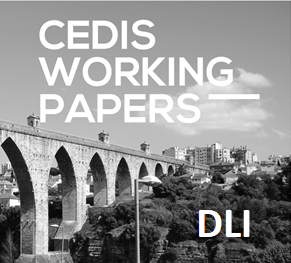 Women’s Rights in the Lusosphere: A Comparison of the Constitutions of Angola, Mozambique and Cape Verde with the Portuguese Constitution

Gender equality, which today’s society strives to achieve, has fostered social, political and economic changes in the role of women, but also the adoption of a series of legal provisions, being constitutional ones the most prominent, given their primacy and fundamental status. The situation of women has tended to evolve positively, due to socio-political, economic and cultural factors and a favorable international environment, but also to a legal framework that seeks to ensure legal means that promote equality between men and women and allow the defense against, and punishment of, gender-based discrimination. The Portuguese Constitution of 1976 contains a series of provisions that promote equality between the sexes and sometimes, expressly, the women’s rights. The Constitutions of Angola, Mozambique and Cape Verde are heavily influenced by the Portuguese Constitution, due to a shared past, and therefore it is possible to find similarities when it comes to gender equality and women’s rights in these Constitutions. Notwithstanding, after analysis of these Constitutional texts, some disparities are quite evident, being the Constitution of Angola the most restrictive and suppressive in regard to gender issues, and being the Constitutions of Mozambique and Cape Verde the most comprehensive and progressive, containing provisions entirely and specifically dedicated to gender equality and positive discrimination favouring women, especially the Mozambican Constitution. However, it is important to analyze the meaning of these normative options and the vacuum between the written law and its application in real life.