Law in History: agents, categories and representations
To promote the critical study of the History of Portuguese Law and Administration through the selection of the most significant moments and aspects of pre-modern, modern and contemporary ages.

The research group “Law in History: agents, categories and representations” was constituted taking into account the plan for the future research strategy of CEDIS. The study of legal phenomena and their relationship with the formation of States over time, as well as the construction of digital tools on the historical sources of law and administration in Portugal has already been one of the central points of study and research activities by the CEDIS team, and these activities were carried out in the context of several research sub-projects. However, the existence of common research and methodological interests as well as the results achieved – both publications and important digital collections of historical administrative and legal documents – justify the formation of an autonomous research group.

The main goal of the research group is the critical study of the Portuguese History of Law and Administration through the selection of the most significant moments and aspects of pre-modern, modern and contemporary ages. The main topics to be developed are thus: legal sources in pre-modern (Sofia Valdez) and modern times (António Manuel Hespanha); social images and careers of jurists and State agents in the metropolitan (Joana Estorninho de Almeida) and colonial territories (Nuno Camarinhas); legal classification and social status, as well as related phenomena of legal hybridism in contemporary colonial contexts (Ana Cristina Nogueira da Silva, Luís Cabral de Oliveira).

Ana Cristina Nogueira da Silva will be the researcher responsible for the group since both her role in CEDIS and her research are at the intersection of the different topics that will be developed by the individual team members. Nevertheless, the central objective is to promote horizontal collaboration between the various researchers in order to intensify the exchange of methodologies, problems and findings, as well as the effectiveness and impact of the results.

This main goal will be pursued through the regular organisation of a seminar, called “Law in History”, which will take place at least every year and will be both closed, in that only the members of this team will have a seat, but open, with the occasional invitation of external participants as well as other speakers to jointly examine specific research topics. In the seminar, debates will give priority to topics that cut across all lines of research within the group, such as the use of non-legal sources in the History of Law or the importance of theoretical apparatus and international debates for the study of colonial legal systems, in order to pursue the development of innovative and highly topical legal-historical research, as is, in fact, the tradition of CEDIS, namely through the work and example of Professor António Manuel Hespanha.

At the same time, the group will promote workshops to improve the efficiency of digital databases and websites containing historical legal sources, as well as promote the dissemination of their use.

The research group will make use of the experience of its members in order to pursue continuous innovation in the area of legal-historical studies, namely through the selection of topics of particular relevance over time.

As far as modernity is concerned, these topics will be: Biblical sources of a first modern public international law (Sofia Valdez); Law agents and texts, and their circulation between metropolitan and overseas territories within Portuguese territories, as well as their reception in different cultural and administrative ambiences (Nuno Camarinhas, António Manuel Hespanha). The administrative and cultural impact of these agents in subsequent eras will also be highlighted as well as their role in the construction of the modern and colonial state (Joana Estorninho de Almeida, Nuno Camarinhas). As far as the construction of the modern Portuguese state is concerned, the influence of legal texts, the role of state agents and the impact of social representations of public power will be discussed (Joana Estorninho de Almeida). The social construction of identities, namely threshold identities, through the categorisation of colonial populations, as well as the transformations undergone by Portuguese Law during its reception and application in native populations will be another of the topics to be developed in order to allow for a better understanding of the performative power of Law in contemporary Portuguese colonial societies in Africa (Ana Cristina Nogueira da Silva) and Asia (Luís Cabral de Oliveira).

This group plans to produce the following results: 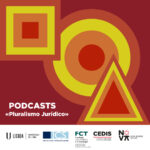 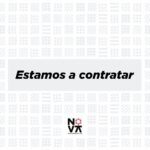 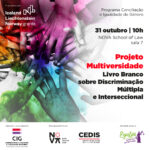